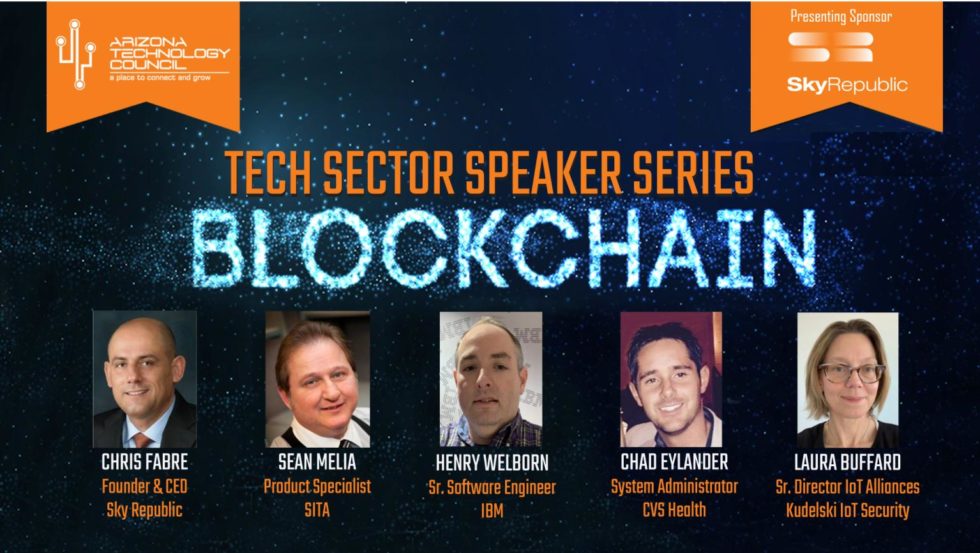 The interactive discussion started with a basic description of blockchain and the business value it can bring through increased transparency, enhanced security and better supply chain traceability. In order to demystify the topic, panelists compared blockchain to other technologies and described real-life blockchain case studies participants are working on, including:

Challenges highlighted by the experts were understanding the data and business processes that need to be captured on the blockchain or in smart contracts, as well as the misconception that if the data is recorded on the blockchain then it's secure by default, when in reality the underlying hardware and software could still be vulnerable if not properly protected. In fact, in typical implementations, the blockchain only holds a record of the data, such as a cryptographic hash, while the actual data itself is typically stored off-chain, in a separate database or data lake. The basic principles of security by design apply equally to each component in the overall system, including the blockchain infrastructure itself.

Given this reality, what benefit comes from using an enterprise blockchain? The panelists agreed that the main advantage is that blockchain technology allows multiple parties with a need for trust to have a common view of a current status, which breaks down silos and can vastly improve operations especially in cases where data reconciliation is often a problem. Another advantage is that the blockchain can become a source of truth to resolve issues of liability and service level guarantees.

The three main ingredients for choosing a blockchain solution are a multi-party ecosystem, the need for trust between the parties and for data immutability. Blockchain provides an efficient way for multiple parties to manage information about objects and processes such that the canonical version (final state) of the blockchain reflects a common version of a data set, while the blockchain itself provides the history of all the data transactions that resulted in the final state. Highly regulated industries with structured interactions and well-defined points of interface are good areas where blockchain can often help.

Panelists were unanimous in their recommendation that practitioners take the time to understand the problem they are trying to solve with blockchain, carefully defining the business processes and data necessary to achieve their objectives. Enterprise applications are expected to reap the most benefit from blockchain technology, but the industry is young and a wholescale transformation is yet to come. Increasingly, the data used for blockchain and smart contract applications will be collected by IoT devices and edge appliances, further strengthening the importance of making sure the data is reliably recorded from authentic devices that are secured from compromise. After all, if the point is to have a single source of truth for multiple parties, then preventing erroneous or manipulated data from being permanently recorded onto the blockchain is of critical importance.

Furthermore, as more and more businesses become automated by operational data recorded onto the blockchain and executed through smart contracts, the data and the application logic that drives it will become a target for hackers.  It is therefore equally important that the security of the underlying architecture as well as the validity of the working data compared to the originally collected data can always be assured. Blockchain systems are only reliable to the extent that the recorded data is generated by secured devices such that the data is provably authenticated, unaltered and non-repudiable.

The Kudelski IoT Security Platform provides the trust in and control of devices and data that fulfills this requirement, protecting blockchain implementations from fundamental cybersecurity vulnerabilities that might otherwise leave critical enterprise business processes exposed.