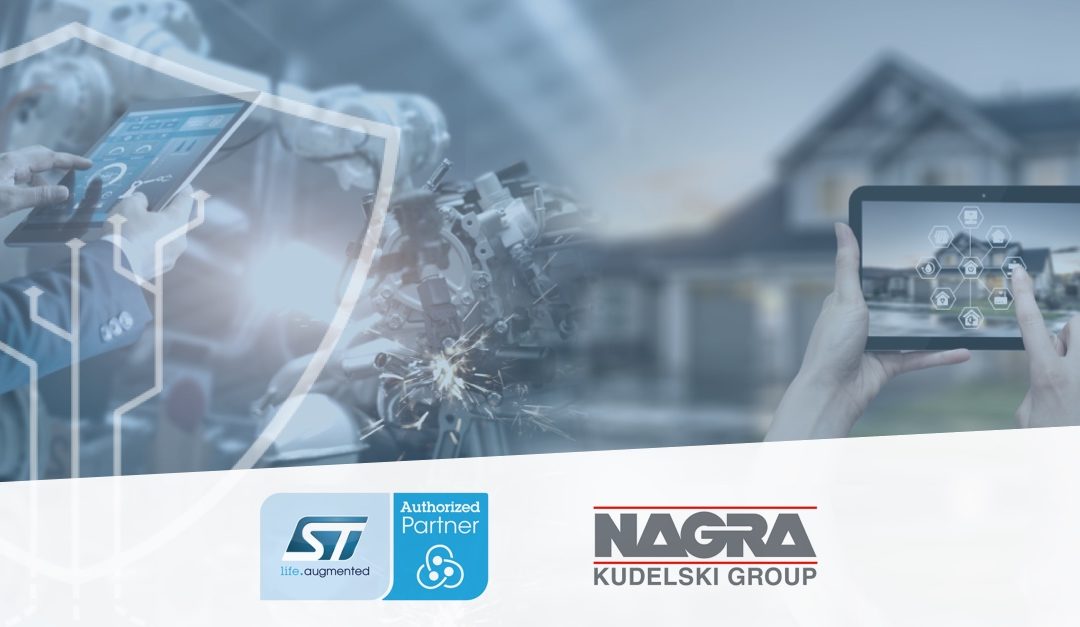 Cheseaux-sur-Lausanne, Switzerland, and Phoenix (AZ), USA, July 18, 2019 – The Kudelski Group (SIX: KUD.S), the world leader in digital security, today announced that in collaboration with STMicroelectronics, it has completed the porting of its IoT Security Client with Root of Trust to the STM32 32-bit Arm® Cortex® family of MCUs. The solution enables consumer and industrial device manufacturers using ST’s industry-leading family of MCUs to deliver secure IoT solutions to market quickly.Bain predicts the combined markets of the Internet of Things (IoT) will grow to about $520B in 2021, more than double the $235B spent in 2017. Security and integration with existing technology are almost universally cited as the two biggest barriers to IoT adoption in the enterprise, and the Kudelski solution running on STM32 microcontrollers knocks down those barriers by providing an MCU/brain that pre-integrates security and functionality in order to create even smaller, more capable and power-efficient smart objects.

Jean-Michel Puiatti, Kudelski Group Senior Vice President for IoT Security: "As companies continue to connect a vast variety of different objects to the internet, they need to accelerate time to market and minimize security risks to ensure the long-term success of their investments. By working with ST to integrate our security with their powerful microcontroller range, we give our customers the ability to speed new IoT products to market while protecting the long-term sustainability of their business model.”

Bertrand Denis, Product Line Manager, 32-bit MCUs, STMicroelectronics: “Working closely with Kudelski to port their IoT Security Client with Root of Trust to the STM32 family is another important step that ST is taking to extend and strengthen the STM32 ecosystem and assure customers of the security of their STM32-based applications.”